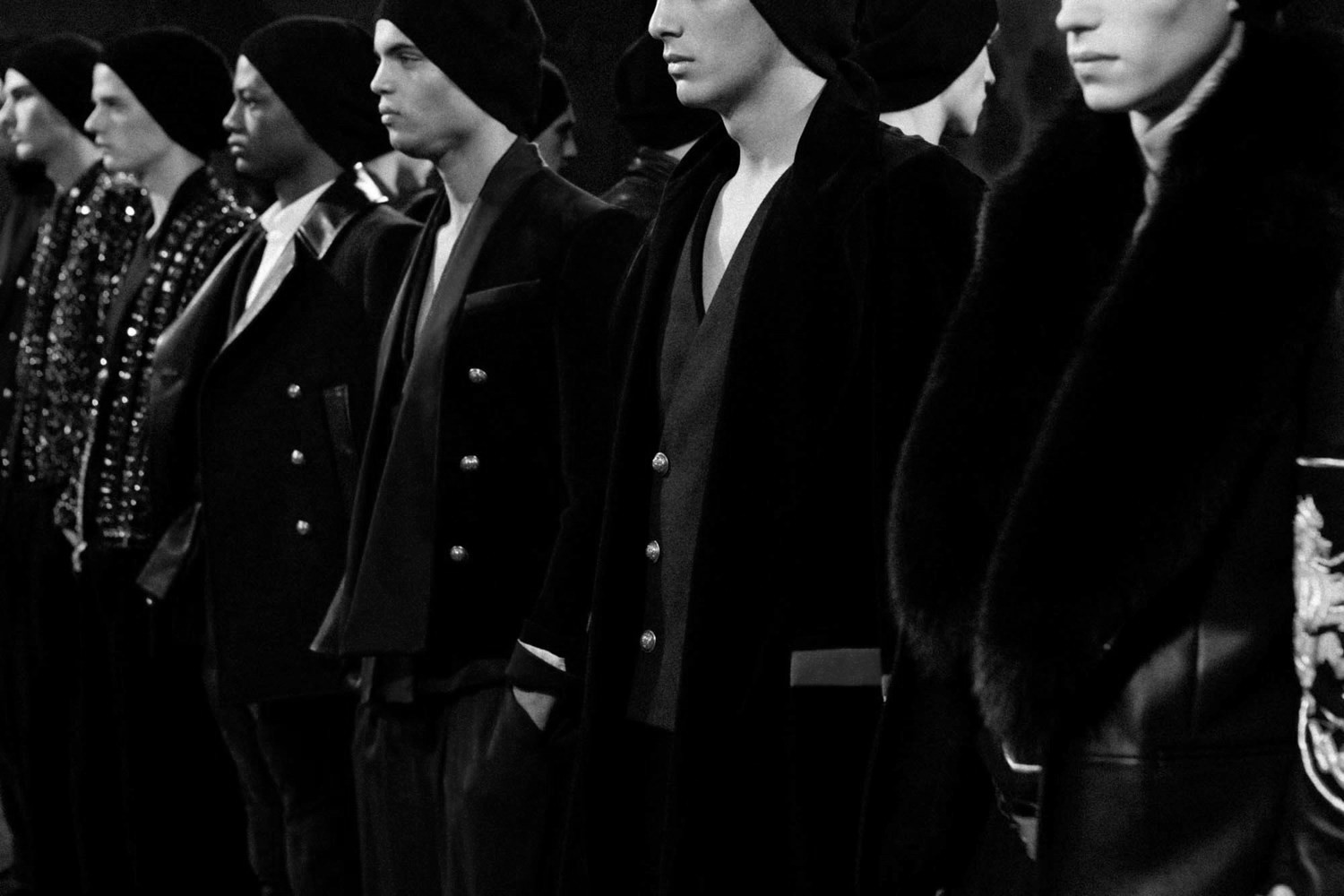 Balmain Spring 2016 for inspiration looked to the great adventurers of the early 20th century.  Leather jackets were intricately latticed and laced, and a tobacco-hued explorer suit came spliced with a double-breasted jacket with gold buttons.  In a nod to hip-hop culture, butter-soft suede was draped into a cowl-necked vest and slouchy drop-crotched pants, while a black sweatshirt glistened with a web of gold hardware. Designer Olivier Rousteing set his signature gold crests, some featuring a lion’s head or a Union Jack flag, on jackets, including a tiger-striped ponyskin bomber with black leather sleeves, and a trim black blazer with satin lapels.

Comme des Garcons Spring 2016 the designer took a scalpel to men’s suits. “I wanted to break down the art of tailoring to show how much value it has,” she said in a statement.  Wearing artfully deconstructed outfits paired with polka-dot brogues, models in extravagantly sculpted fluorescent yellow wigs created by Julien d’Ys parlayed through a mid-renovation Haussmann-style apartment near the Paris Opera. Kawakubo carved right angles into a double-breasted coat in a tapestry fabric depicting British hunting scenes, providing glimpses of the tartan shirt worn underneath. Pants were slashed from the knee down.  While the construction of jackets was flawless, there was nothing formal about how they were worn. Many were layered over tunics made of crisp shirting material, some with zip or buckle details, and Bermuda-length pleated culottes or baggy shorts, which gave the outfits an athletic spin.

Junya Watanabe  was inspired by Javanese batiks, now revered throughout Western Africa, which gave an exotic island flavor to the Japanese designer’s fetish patchworks, here applied to boxy linen blazers, cotton safari shirts, handsome Bermudas and the turned-up cuffs and pockets of weathered Levi’s.  It was the beauty of Watanabe’s pattern mixes and the placement of the scraps — along with the his summer tailoring in rumpled, sun-faded fabrics — that delivered a powerful punch.

Rick Owens Spring 2016 collection was a juxtaposition of the uniform.  “Uniforms are almost patented to make men look better and to make men look as dignified and heroic as possible, but historically when we look back at the uniform jacket, we recognize the protest and how it became an anti-Establishmnt uniform, so it’s kind of great that it covers both area at the same time:  heroism and valor of military, but also the opposition to it,”he saide.  The collection called “Cyclops,” introduced a new anti-Establishment uniform, drawing inspiration from the designer’s fetish artists Steven Parrino and John Chamberlain.  Backstage before the show, Owens explained that his starting point was the M65 field jacket, which he abstracted into his signature stretched silhouettes.  He rendered them as sleeveless vests, but in an unusual flurry of different textures, including distressed leather; ombré; gabardine, which looked almost chaste when matched with long-sleeved silky shirts, and the type of metallic materials usually used for the label’s hardcore footwear. 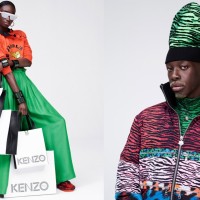