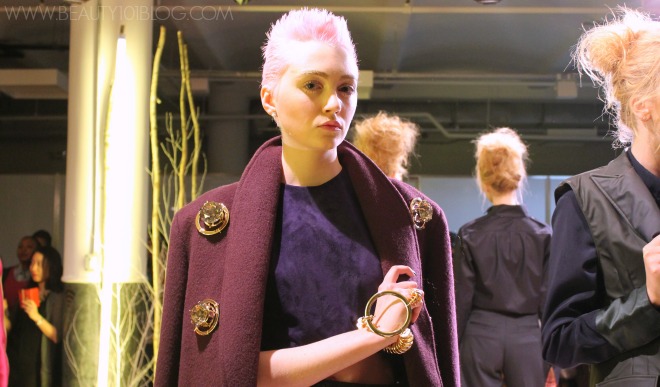 Self-described maximalist, JÉRÔME, uses extreme embellishments on classic silhouttes to distinguish himself from the fold.  His is one of the new designer fashion week shows, I’m looking forward to seeing,  at New York Fashion Week.

It was there that the Bronx-bred overachiever—a fifth-generation New Yorker who was recruited through the honors program at High School of Art & Design—got his start in fashion.

“I was given a blessed position to travel, create, meet people, collaborate with amazing brands, and learn from talented stylists—all before I even graduated high school,” said LaMaar. “My day was filled with tasks such as coordinating and providing creative direction to all 30 licensees. Holding fittings, sitting in on sales meetings, conducting approval meetings, [overseeing] graphics, designing shoes, bags, jewelry: You name it, it came across my desk—and I loved it!! I truly was a sponge.”

After soaking up all that he could under Simmons’ tutelage (he was named senior designer by age 18), LaMaar bypassed the opportunity to attend Brown University, where he was slated to study physics, and headed instead to the Fashion Institute of Technology. There, he majored in fashion design and fabric styling (aka, the study of trends and colors). This led to a seven-month apprenticeship at Ralph Rucci, followed by jobs as a trend forecaster at the prestigious Paris-based firm Promostyl and as a personal shopper—both of which he still dabbles in while getting his collection off the ground.

The best way to describe the 531 JÉRÔME aesthetic is a casual elegance, softly draped, slouchy and effortless. 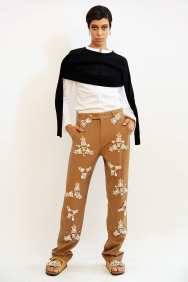 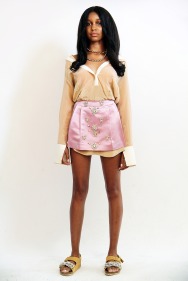