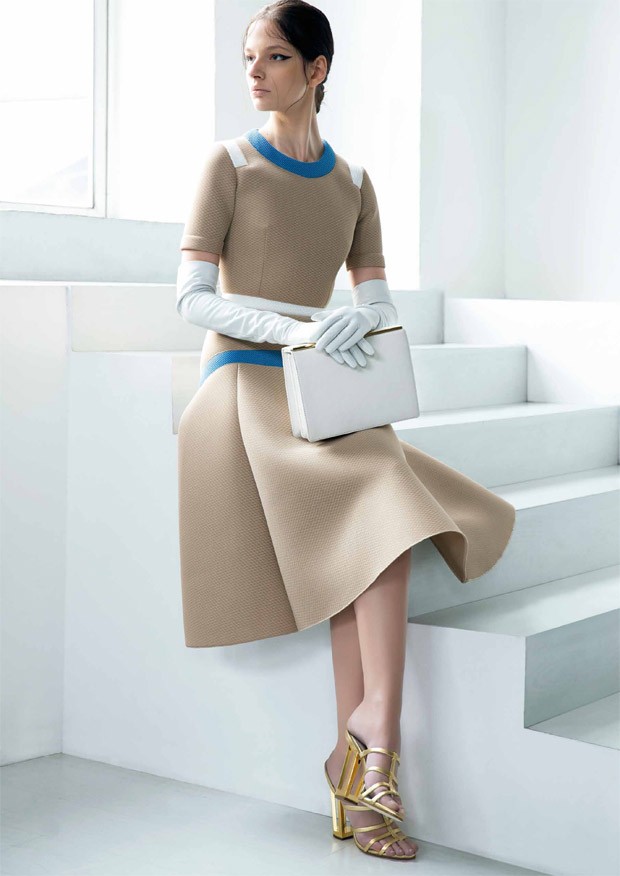 I have not always been a fan of neoprene fabrics.  The whale-like texture of the fabric lacked a sene of refinement.  But I understood why architectural designers flocked to it.  The fabric can be both stiff and flexible and if done right it can yield modern designs with texture and flair.

L72 designer Lee Wood, a UK designer based in Milan, is a big fan of neoprene. His lady-like creations make me wonder why I ever disapproved of the neoprene textile.

I was surprised to learn that Lee was from the UK.  Everything about his work says Italian to me. Then I discovered that he lived in Milan and has done so for over 16 years.  Prior to starting his own line Lee worked for Donatella Versace as Head Designer of Versus Women’s wear, Designer of Versace and Atelier Versace’s Women’s shoes and Head of Versace Home & License Accessories.  Wow, right?!!