Which are the best fashion schools and what should they be offering the next generation of designers? It’s not what you might think, according to Barbara Franchin of the International Talent Support.

“This is not a straightforward question,” says Barbara, “First of all, fashion means different things to different people”.  Some schools push artistic skills and uniqueness. Others don’t bother to teach cutting or sewing. Whilst technical ability is preferred in some, the commercial end product is paramount in others. Several focus on the experimental but never concern themselves with how wearable the garments are..

Barbara knows what she’s talking about. For the past thirteen years, International Talent Support has organised annual contests to find the best designers in fashion, accessories and jewellery, drawn from leading schools from around the world.

She is in touch with over 1,500 design institutions, 634 of them have had pupils apply for the prestigious awards.

In her opinion, the best schools are not necessarily in the traditional fashion capitals or in the so-called ‘first world’. Neither is it a question of wealth or heritage: often a lack of prosperity or natural resources leads to greater creativity.

Iceland, for example, has no domestic textile production, so their fashion school tends to produce designs for dyes and printed cotton.

With the strong fabric tradition in India, academies concentrate on brightly coloured material and embroidery.

Cuba, until a few years ago, focused on recycled fabrics because they didn’t have enough money to buy new ones. The school’s windows had no glass, and the application forms were printed on ministry of culture paper.

Austrian institutions tend to favour minimalism. The Russians are theatrical. Spanish and Portuguese students tend to produce commercial projects for fast fashion, reflecting the dominance of groups such as Inditex (Zara) and Cortefiel. Japanese schools turn out designs full of detail, fantasy, colour and playfulness. Germany, which boasts many design colleges, “always produces something interesting. They are a breath of fresh air”.

But Barbara reserves her greatest praise for the (South) Koreans who “are an amazing case”. Whether studying abroad or at home, “they have a strong commitment, are good technically, hardworking, motivated, creative and innovative, and good at presenting themselves”.

Indeed, it’s the Far Eastern students who she believes are in the ascendency, consistently winning awards. Japan started to come through about ten years ago, then Korea five years afterwards, followed in the last three years by China.  It helps that their respective governments provide financial support and people, especially in Korea, have more access to design education than before.

But the single most distinguishing feature is not the culture (or the funds available) but the quality of teaching. Before assessing the quality though, you should look at the quantity. Barbara points out there are two extremes: some schools have thousands of students, “What can you learn if the teacher doesn’t even know your name?”. At the other end of the spectrum, one academy has a ratio of ten students to three tutors.

As for quality, it’s the philosophy that’s important: “schools should decide whether to make money or to educate the new generation who are going to change our lives for the better, to enrich the world”.

She believes there are too many schools in the former camp, citing one academic group that has 22 franchised branches in 14 countries. They target “rich young foreigners from Asia and Latin America”.

Three London-based institutions are “among the best in the world”. Particularly the Royal College of Art, “not only for fashion but for all types of design”. It is the world’s only wholly-postgraduate art and design school.  And Barbara says it has the best menswear course where Ike Rust, head of fashion menswear, “pushes students to be as creative as possible and teaches them the technical know-how.”

According to her, the best textile course is at Central Saint Martins, and that includes printing, weaving and combining. The London College of Fashion MA courses are excellent for accessories because they marry good teaching with advanced (prototyping) equipment; it also has a good relationship with artisan shoemakers.

If you favor the Avant Garde

The Fashion Department of the Royal Academy of Fine Arts in Antwerp, one of the world’s most interesting fashion design schools, is strongly avant-garde and experimental. Several others are mentioned in despatches. Tel Aviv’s Shenkar College of Engineering and Design is renowned for its manipulation of material. The Institut Français de la Mode in Paris has one of the most practical courses and it enjoys a direct dialogue with brands. Students are “given real challenges for a real world, and fashion houses often produce the best designed pieces”.

Despite having more than a hundred design schools America punches below its weight, Barbara feels. The top three academies, however – Parsons and FIT in New York and the Academy of Arts University in San Francisco make up for this in distinction.

One thought on “The Global Report: Not all Fashion Institutions are created equal” 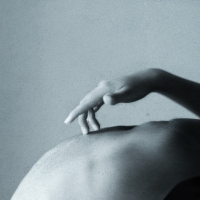