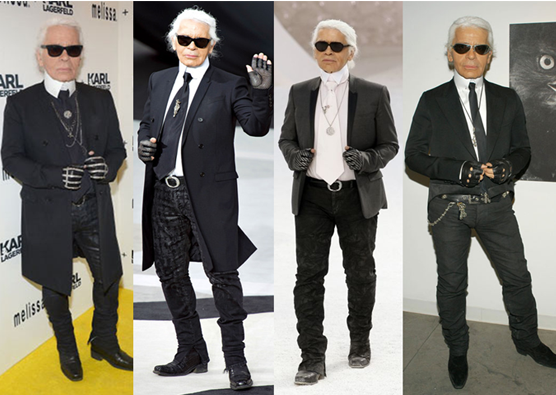 Uniform style isn’t as monotonous as it seems.  In fact creating a uniform mode of dress can vary in many ways.
For those of you who are interested, we’ve narrowed it down to four Uniform style tips:
The Standard Uniform, The Signature Silhouette, The Accessory and The Monochrome.  Here are our top 4 style tips from our Top 5 uniform style makers.

I know what you’re thinking, this appears pretty monotonous, but it actually isn’t.    The 80+ year old Creative Director of Chanel, Fendi, Hogan and his own signature line Karl Lagerfeld purposely ensembles a caricature look of a modern 18th-Century aristocrat which includes a powdered ponytail whitened daily with clouds of Klorane dry shampoo – and the crisp white, high-collared shirts by Hilditch & Key with black tailored jackets and jeans by Dior Homme.  He often punctuates his look with a tie, shades, fingerless gloves (from historic French manufacturer Causse) and custom-made black crocodile boots by Massaro. To switch it up he might adorn himself with ornate brooches and jangling fingerloads of rings à la Henry VIII, with designs ranging from chunky silver Chrome Hearts creations to vintage Gothic and Art Deco designs from Paris jeweller Lydia Courteille.  See, we told you!

The next three ladies are known for their extraordinary vision in fashion and their recognizable fashion style.  We call their uniform The Signature Silhouette.

About ten years ago, Anna abandoned pants entirely and adopted a signature silhouette: a nipped-in waist, a hemline falling to her knee or below, and a conservative neckline, usually accessorized with a chunky necklace. Even though she could probably borrow whatever she wants from designers, she re-wears her favorite pieces, often choosing colorful prints and pairing them with cream slingback Manolo Blahniks or an equally simple shoe.

‘I like color, I like classics with a twist, I love jewelry, but my style is difficult to put into words. It’s important to feel like yourself.’

Franca has managed to lead Vogue Italia’s editorial office for 25 years and still counting.  Unlike many of her Vogue counterparts, Franca is always trying to push the boundaries of fashion imagery. She’s alway tried to conceptualize this or that strange attitude or place, because fashion stories tend to look alike.  Her artistic enthusiasm is always cutting edge with a hint of youthful innocence.  Her personal style often features girlish dresses with a flared or bubble shaped hem that falls just shy of the knee.  She is typically unadorned with her hair graced about her shoulders and torso cascading in endless waves.

Jenna Lyons:  Borrows from the boys

It’s hard to miss Jenna Lyons. Tall, slim as a mink and often eccentrically dressed, she is known for the boxy, geek-chic eyewear that has become one of her most identifiable signatures.  On finding her style uniform she said that she found that “the answer lay not with any one of those girls whose styles I had admired over the years—the alchemists who always managed to turn a white T-shirt and bright pink lipstick into sartorial gold—but with their well-dressed boyfriends, husbands, crushes, brothers, and colleagues.”  But thankfully she doesn’t transmit the idea literally, she translates it into something more feminine, into a version worthy of her tall, slim physique.”

“My hat is personal.  It is what contains the soul, the feeling, the sensation that moves this little world around,” these words are from the legendary Italian Vogue editor Anna Piaggi, said in 2011, the year before she died at age 81.  More than her hats Anna Piaggi was known for her scarlet mouth and rouged cheeks and bright blue hair, the effect was always striking.

As a bonus, here is our pick from the new age of Uniform Style makers. 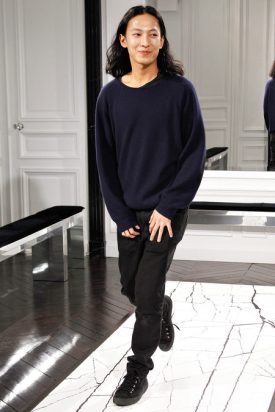 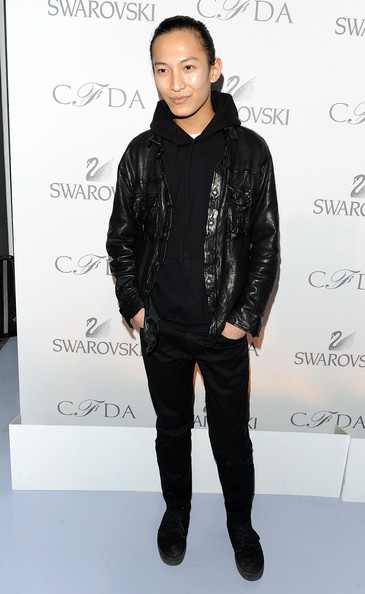 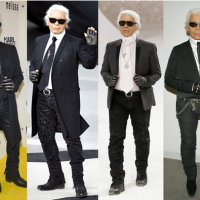 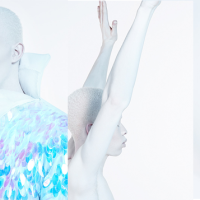